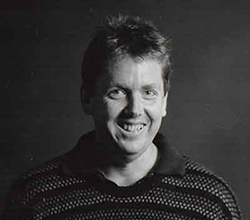 I was born in the Australian bush in the tiny town of Heathcote. My father was a teacher so we moved around rural Victoria. This habit of moving stuck with me for a while. I moved to Melbourne to study and then Sydney for work, before heading to sunny Queensland to live in Brisbane. I eventually returned to Victoria and finally settled down in Wangaratta where I have lived for the past 20 years. I have tried my hand at everything, from fire fighting to scheduling commercials for television. I am currently setting up my own website design business: Wangaratta Website Design Services.

I have read and watched science fiction all my life. My favourite novel in high school was George Orwell's 1984. I then read plenty from the giants of science fiction: Arthur C. Clarke, Asimov, Aldiss. My favorite authors include Margaret Atwood, Stephen Donaldson, Hugh Howey, Ann Leckie and Justin Cronin. I discovered that Australians have written some great science fiction. I am impressed with the writing of Australians like Damien Broderick, KA Bedford, Sean Williams, Max Barry, Greg Egan, and especially George Turner, whose book The Sea and Summer is still my favourite novel.

I have been writing on and off for decades. At university, in the 1980s, I wrote sketches for revues and edited a magazine for Menzies College, my university residential college. After completing the first draft of a novel, I decided I needed to learn a bit more about writing, so I did a number of writing courses including a Master of Creative Writing. I have drafts of four novel manuscripts and have many in different stages of production.